[This is another snip from my talk on “suspense” at Write on the Sound in 2012.]

It was a powerful moment for me when I realized that we don’t read fiction to find out what will happen.

We read to find out if what we expect will happen actually does. A key to suspense is to create expectation in the reader – preferably the expectation of “something good.” Readers love upheaval, reversal, conflict, turmoil, transformation… readers love confrontation.

Example: Chekhov’s gun. (That is, “If you say in the first chapter that there is a rifle hanging on the wall, in the second or third chapter it absolutely must go off. If it’s not going to be fired, it shouldn’t be hanging there.”)

When you’ve got a confrontation coming up, don’t merely foreshadow it, creating uncertainty. Let the reader know with clarity that trouble is on the way.

Example: Carrie, by Stephen King. The prom-night telekinetic conflagration at the end of this novel is still famous. Let’s look at the clues King planted for us:

Page 5: “a [telekinetic] potential of immense magnitude existed within Carrie White. The great tragedy is that we are now all Monday-morning quarterbacks…” The Shadow Exploded: Documented Facts and Specific Conclusions Derived from the Case of Carietta White
Page 22: “I’ve seen some high school pictures of her, and that horrible black-and-white photo on the cover of Newsweek.” Carrie: The Black Dawn of T.K.
Page 27: “And now there’s this other thing. No one can laugh that off either. Too many people are dead.” Carrie: The Black Dawn of T.K.
Page 37: “The outcome of the White affair raises grave and difficult questions. An earthquake has struck our ordered notions of the way the natural world is supposed to act and react.” Telekinesis: Analysis and Aftermath
Page 48: “the only witness to any possible prologue to the the final climactic events was Margaret White, and she, of course is dead…” The Shadow Exploded
Page 122: The trouble at the prom begins.

Exercise: Think of a revealing moment, an exciting confrontation, or a reversal in your work-in-progress. Did you intend this scene as a complete surprise for the reader? If so, play with the notion of letting the reader know it will happen well ahead of time. If you foreshadowed it somewhat, then consider letting the reader know with certainty that the confrontation will be inevitable. Brainstorm a new piece of evidence could you present to the reader (an object, a offhand line of dialogue, a scene from a new POV). 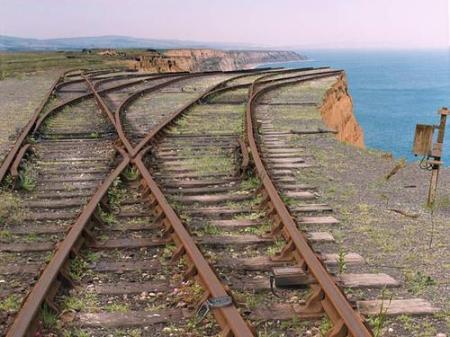 Here’s the “eccentricity” chunk of my “Writing Great Characters” talk at Write on the Sound 2010. As before, the audio’s a little shaky, so turn it up.

“Eccentricity is at the heart of strong characterization. The most effective characters have profound roots in human behavior. Their richest feelings may be similar to those held by many others. However, as characters their eccentricities dominate the reader’s first vision of them.

If you were to examine the surviving novels of the twentieth century, you would find that a majority of the most memorable characters in fiction are to some degree eccentric.”

(Watch that ‘thank you’ sign behind me. It’s the real star of this show.)

Do Readers Envy Your Characters?

Fiction can provide us with an intense vicarious experience. Readers identify with characters that they envy on a gut level, said Dwight Swain (author of Techniques of the Selling Writer).

I made just that point in my “Writing Great Characters” talk at the 2010 Write On The Sound Conference here in Washington State.

The trickiest thing about video is the audio, so you might have to turn it up.