The Art of the MacGuffin

Here’s a segment from my talk on suspense at the 2012 Write on the Sound in Edmonds, Washington.

The term “MacGuffin” was coined by Alfred Hitchcock, and the statue in The Maltese Falcon is a classic example. It’s a concrete object that your main character pursues as an external goal.

Your main character may not be pursuing an object, but if you can link an object (or a person or place) to your character’s goal, you will trigger the emotions of your readers more easily.

We are actually talking about symbolism, here. Working symbols into your writing can seem elaborate and artificial, and it’s often not clear where to start. What aspect of a story should get a symbol?

The MacGuffin gives us an answer. Your main character’s goal gets a symbol, especially if that goal is abstract.

“No ideas but in things.” – William Carlos Williams 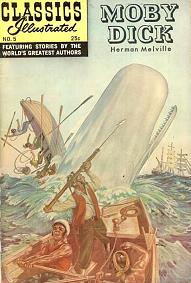 Example: The white whale in Moby Dick. I’m serious! Imagine if Ahab was maimed by “a whale,” so he swore revenge against “whales,” and set out to hunt “whales” in all the oceans of the world. That’s more realistic than Ahab going mano-a-mano with an Albino Mutant Monster of Chaos… and yet, it sucks. How would we readers know if Ahab had accomplished his goal? How many whales are enough? Is Ahab winning or losing? Where are we in the story?

Example: Suppose your main character’s goal is to reconcile with her mother. That’s a bit nebulous, and difficult for the reader to get a grip on. But if the main character remembers when her mother used to push her on the backyard swing, and harbors a deep wish to someday push her mother on that swing, that’s a goal the reader can anticipate, perceive, and feel strongly about.

B) Think of a thing that, if your main character possesses it (or loses it), clearly signifies the main character’s victory (or failure).

C) Think of a single unique person who, if your main character were to meet/defeat/make love to/etc., clearly signifies the main character’s victory (or failure).

To sum up, readers are more likely to turn the page if they know where your main character stands, and that’s a lot easier if readers can see, touch, and taste the main character’s goal.