Five Years as an Indie Author

Five years ago today, I uploaded my first novel to the Kindle. I caught the bug instantly and have indie-published every title since. 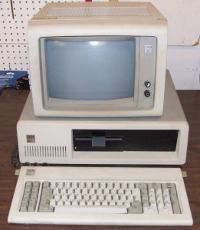 Back in 1986, I hammered out my first short story at the keyboard of an IBM PC XT. By 1991, I was looking to publish, so I wrote letters to several magazines, asking them for their writer’s guidelines. I made sure to include an SASE with each letter, so I would get a response. Once I had those guidelines, I could format my stories in the way that each editor wanted, and maximize my chance at getting accepted.  It took money and time, but that was the business.

Have you ever heard of an SASE? That’s a “self-addressed, stamped envelope.” In other words, a form of extinct communications technology. And in those days, if I wanted to submit to a magazine in Great Britain or Canada, I also had to include “international reply coupons.” You can think of those as a particular species of carrier pigeon.

I have vivid memories of letters, envelopes and stamps spread across my dorm room floor. That was 25 years ago.

Five years ago, after reading of the success of Amanda Hocking and J.A. Konrath, I was itching to try self-publishing. It was clear that the ebook market was flooded with readers and starving for writers, and the first writers who had jumped in were doing very well. I knew the ereader craze might be a fad… and that’s why I wanted in. I wanted to be a part of it, especially if it didn’t last. I was afraid that if I missed it, I would be kicking myself forever once it was gone.

So I uploaded Outrageous Fortunes in March of 2011, and started getting a nice check every month. I was hooked. Since then, publishers have continued to punish writers with deadlines, complicated contracts, occasional bankruptcies, and lately, censorship. For five years, I have been open to the possibility of pursuing a contract with a traditional publisher… but less and less open, year after year.

And the technology has continued to provide delightful surprises. How far from those SASE’s have we come? This far:

That 34-character-string is an address for a bitcoin wallet. My readers can pay me directly with it (if they know how). No stamps, no checks, no envelopes, no postal service, no banks, no governments. Human to human, anywhere on Earth, instantly.  The path between the reader and writer is now clear of all intrusive debris.

Today, not many of my readers know how… yet.  But as William Gibson said, “The future is already here. It’s just not evenly distributed.”

This entry was posted on Thursday, March 17th, 2016 at 4:00 am and is filed under Uncategorized. You can follow any responses to this entry through the RSS 2.0 feed. You can leave a response, or trackback from your own site.