The Best Characters do the Wacky

Sol Stein, in Stein On Writing

, lays the smack down:

Eccentricity is at the heart of strong characterization. The most effective characters have profound roots in human behavior. Their richest feelings may be similar to those held by many others. However, as characters their eccentricities dominate the reader’s first vision of them.

If you were to examine the surviving novels of the twentieth century, you would find that a majority of the most memorable characters in fiction are to some degree eccentric.

This is not a tough argument to make. Imagine your favorite characters in novels you love the most. Boom, eccentric.

If you’ve got other strengths (like a wild premise or setting), maybe you can squeak by with “everyman” sort of characters.

The problem is that our main characters are a shadow, a fragment, of ourselves… the writer. And inexperienced writers are afraid of what they might reveal, afraid of seeming ridiculous or perverted.

Bad news for those writers: The weight of literary history is against them. Examples: 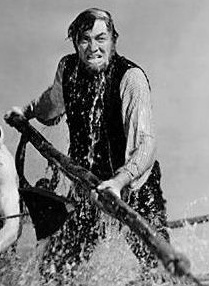 Sherlock Holmes possesses unique powers, but he’s also got a set of bizarre quirks (from misogyny and cocaine addiction to… well, I would say he’s ADD).

Quirks are everywhere, from Indiana Jones’s hat and whip, to Harry Potter’s scar and glasses, to Manny’s mechanical arm (that’s Heinlein’s The Moon is a Harsh Mistress).

Shall we include unusual background, or legacy? That’s gets us Harry Potter again, and Luke Skywalker. 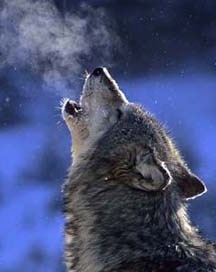 Animal characters are no exception. Buck (in London’s The Call of the Wild) is no ordinary dog, and a main character in Adams’s Watership Down is not only a rabbit, but a psychic rabbit.

I’m not saying that eccentric characters are all you need. If you do have nicely freakish characters, your job isn’t finished. Now you can try for some character complexity and tap the power of your readers’ envy.

This entry was posted on Friday, October 23rd, 2009 at 4:52 pm and is filed under Uncategorized. You can follow any responses to this entry through the RSS 2.0 feed. You can leave a response, or trackback from your own site.